It’s been one week since Attorney General Jeff Sessions announced the U.S. Department of Justice would take steps as part of the National Insider Threat Task Force to stop what he termed a “culture of leaking” in government. Joined by Director of National Intelligence Dan Coats, Sessions made the remarks in response to what he said was a “dramatic growth in the number of unauthorized disclosures of classified national security information in the past several months.”

“In the first six months of this administration,” he said, “DOJ has already received nearly as many criminal referrals involving unauthorized disclosures of classified information as we received in the last three years combined.”

The journalism world responded with predictable – and rightful – outrage.

Note that I don’t describe the response as “shocked” in any way. That’s because everyone saw this coming. Shoot, I had called this one exactly one week before Sessions’ remarks, during the “Free Speech Keynote” moderated by the NPF’s own Sandy Johnson at the annual convention of the Association of Alternative Newsmedia. (Don’t believe me? Go to 29:15 of the audio from that session and listen for the next 60 to 90 seconds.) 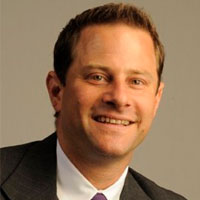 I don’t know that anyone will quarrel with my description of the media’s response as “predictable.” I’m fairly certain that some will dispute that outrage is “rightful.” I stand by that characterization. Here’s why.

We all agree that it would be best if all government information was provided to the public accurately and on the record. But that simply doesn’t happen. In fact, it’s happening with decreasing frequency as the rise of social media has allowed the past few administrations to go around journalists and speak directly to the people. To be clear, while President Donald Trump’s Twitter feed (and his new and controversial “Trump TV”) are the focus now, the Obama administration was also pretty adept at using social media to control the message.

It is no surprise, then, that there was a significant amount of leaking during the Obama years – as well as a predictable response of trying to plug the leaks. The Obama administration rightfully – there’s that word again – received its fair share of criticism for prosecuting leakers, especially because many of the investigations and prosecutions affected the journalists who worked with those sources. This came to a head when it was revealed that the DOJ, during Eric Holder’s time as attorney general, subpoenaed various telephone providers for the call records of 20 Associated Press reporters. Around the same time in 2013, it was revealed that the DOJ had investigated James Rosen, a reporter at Fox News, with an eye toward indictment as a possible co-conspirator in a leaks case for soliciting classified information.

Soon after being caught in these revelations, the DOJ met with representatives of major news organizations to discuss its treatment of the media going forward. The department’s voluntary guidelines for issuance of subpoenas in the media – which include a requirement that the attorney general himself or herself personally sign off – were strengthened. More importantly, Holder clearly and unequivocally said that members of the media would “not be subject to prosecution based solely on newsgathering activities.”

These were obviously positive developments in the wake of a bad situation. The concern is that Sessions’ remarks signal a departure from the slightly improved DOJ-media détente that has existed since 2013 – i.e., that he is ushering in a return to the wanton use of subpoenas as a means of investigating leaks, even if those subpoenas do collateral damage in several ways.

What kind of damage can subpoenas cause? They divert attention and resources away from actually reporting the news. They may create the impression that the media is an investigative arm of the government. And, yes, they may plug leaks, thereby stopping the flow of information to the public.

That is the biggest problem. Because “leaks” are not necessary bad things. I’ll stop short of saying they are “good” and instead settle on a middle ground of “necessary.”

This recent Editor and Publisher piece by Rick Blum, the director of News Media for Open Government, does a terrific job of succinctly explaining the value in leaks and how certain leaks become more valuable as each successive administration exerts ever-increasing control over its message and as the volume of classified information grows exponentially. In the right situation and received by the right people (which I would argue, based on a significant amount of historical evidence demonstrating cautious and judicious handling of even the most sensitive information, IS the news media), leaks can lead us to the truth the government would not otherwise reveal. That’s not because that truth is harmful (though leaks are obviously not always harmless), but because it is embarrassing or counter to the “official” narrative. In an era when it takes longer to get accurate information through the Freedom of Information Act, and as executive branch agencies make subject-matter experts less available to talk to reporters on the record, leaks are sometimes the only way the truth is revealed.

The past week has not brought further adverse developments; there have even been some encouraging signs, including a willingness on the part of the DOJ to meet once again with representatives of the news media to discuss the voluntary guidelines regarding issuance of subpoenas. There was also a statement from Deputy Attorney General Rod Rosenstein that, “We’re after leakers, not journalists.” (Of course, Rosenstein also said, “Generally speaking, reporters who publish information are not committing a crime. But there might be a circumstance where they do. You know, I haven’t seen any of those today, but I wouldn’t rule it out.”)

So let’s just hope this is nothing more than another shot from this administration in the war against its sworn enemy – the “enemy of the people,” as the president has dubbed the media – and the latest in a series of attempts to delegitimize news organizations as a way to control the message.

But even if that’s the case, we must raise our voices against any statement that attacks press freedom. The casualty of this “war” is actually the people themselves, who will be deprived of the truth.

Kevin M. Goldberg, an attorney at Fletcher, Heald and Hildreth LLC, is chairman of the National Press Foundation.