Tracking Coronavirus Relief Funds: How to Follow the Taxpayers’ Money 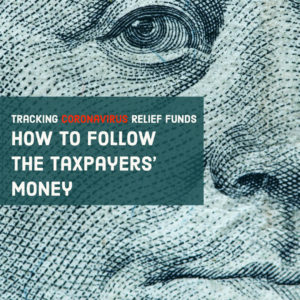 National Press Foundation will offer a free online training program for 25 journalists to help them track how federal pandemic assistance funds are being used. The training will be held for two hours per day from July 13-17 (10 hours total). Fellows will be offered subsequent confidential follow-up sessions with experts and data analysts to help them bring their stories to successful publication.

Congress has allocated $2 trillion for the CARES Act, which includes the Paycheck Protection Program and other coronavirus relief funds. This is more than double what the U.S. government spent on the New Deal during the Great Depression of the 1930s (in inflation-adjusted dollars). But lack of clarity about the rules and federal delays in releasing some of the data have impeded journalists’ ability to report on who got the money, who didn’t, and whether the taxpayer funds were effective in saving jobs or protecting the U.S. economy.

This NPF training will feature experts in corporate accountability as well as in specific tools and data analytic techniques to help journalists cross-reference data sets, vet their assumptions, and have confidence in their analytic results. Some slots in this training will be reserved for reporters from underfunded or local newsrooms who are tracking taxpayer funds allocated to smaller, rural, or underserved communities.

Fellows will hear from a range of experts in public finance and journalism – people such as Philip Mattera, whose organization Good Jobs First has built a database of recipients of COVID-19 stimulus money, to legendary investigative reporter James B. Steele, who during his career has won two Pulitzer Prizes, two National Magazine Awards and five George Polk Awards. In addition to the sessions with expert speakers, NPF has lined up eight data scientists to serve as confidential coaches who can help journalists bring their investigative stories to successful publication.

Support for this training is provided by the Evelyn Y. Davis Foundation. NPF retains sole responsibility for programming and content.

The application period for this program has now ended.