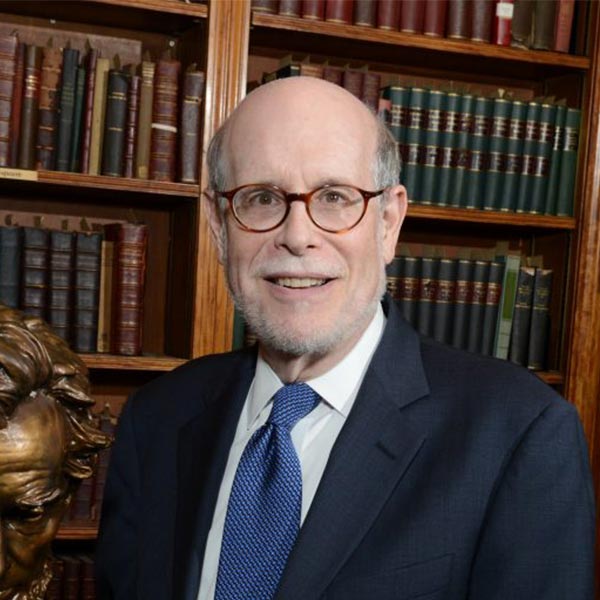 Reporters “cannot get their facts straight.” They peddle in “malicious falsehoods.” “Television wants me to be the son-of-a-bitch.” Those words were uttered long before Trump ever descended the gold escalator or branded the media the “enemy of the people.” Those angry quotes came from Franklin D. Roosevelt, George Washington and Lyndon Johnson – three presidents whose terms started in the glow of positive press relations and ended like marriages gone bad. What’s next for president-press relations? In this online NPF briefing, renowned historian Harold Holzer will discuss his new book, “The Presidents vs. the Press.” It’s packed with tales of presidents who turned on, jailed, censored, demeaned, brow-beat and occasionally sweet-talked reporters and their editors. Holzer will also discuss how presidents have pushed out their messages using evolving modes of communication – from pamphlets to newspapers, radio, television, cable TV and now Twitter.

Harold Holzer, winner of the 2015 Gilder-Lehrman Lincoln Prize, is one of the country’s leading authorities on Abraham Lincoln and the political culture of the Civil War era. He serves as the director of the Roosevelt House Public Policy Institute at Hunter College. His most recent book is “The Presidents vs. the Press.”

Viewers can submit questions by email before or during the briefing to Alyssa Black, ablack@nationalpress.org. During the event, questions can also be submitted by Q&A text or on Zoom audio.