The medical community has often been blamed for helping spur the opioids crisis, with what critics call loose prescribing standards that put powerful pills into the hands of people who didn’t need them.

Today, though, the nation’s physicians are seeking to help mitigate the epidemic – and are seeing some success in doing so.

Dr. Patrice Harris, a psychiatrist from Atlanta and a former chair of the American Medical Association Board of Trustees, detailed for National Press Foundation fellows how doctors are working to help control prescriptions of drugs such as oxycodone and fentanyl. Harris recently led a task force for the AMA on the issue.

“This epidemic is evolving,” she said, “and it’s incumbent upon all of us to look for solutions as it evolves.”

The task force included 26 medical societies. It began in 2014 and issued six recommendations. Among them:

Harris said physicians are acting to help mitigate the opioids crisis. PDMPs are being used more and retail opioids prescriptions are dropping. But there is much more to do be done, she said.

She also addressed the issue of people who continually run into drug problems. As she was asked recently: What about the person who has been brought to the emergency department 10 times because of overdoses?

“When is enough enough?” she said. “And my response to that was, ‘Every life is worth saving, every time.’ ” 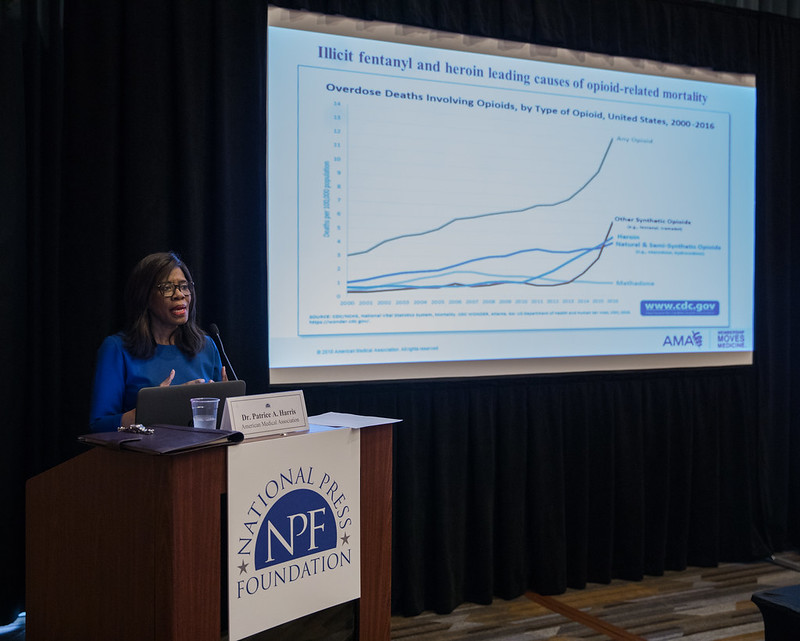