Dr. Anthony Fauci has been director of the National Institute of Allergy and Infectious Diseases since 1984. It means he’s been around since the emergence of HIV/AIDS as a major public health threat to the current worries about the Zika virus.

In between, there were the emerging threats of SARS and MERS and West Nile and Ebola, as well as longtime threats such as tuberculosis and malaria. Fauci has served under six presidents while at NIAID, part of the National Institutes of Health; the institute has a budget of about $4.7 billion and funds internal and external research on a range of health conditions.

In a session with National Press Foundation fellows, Fauci talked about the outbreaks and epidemics he has seen during his tenure and the lessons he has learned from each. Included were the “breathtaking” advances in treatments for some of those infectious diseases, including AIDS.

“There are both common denominators and bits of uniqueness in each of the outbreaks,” he said. The Zika virus, for example, is unique because of the devastating impact it has on pregnant women and their babies.

Some infectious public health outbreaks materialize into full-blown crises, while others don’t, Fauci said. One of the latter was the concern over a potential outbreak of the Ebola virus in 2014-2015, which didn’t materialize into a major problem in the U.S.

The bottom line, he said, is that infectious diseases are a “perpetual challenge.”

“They’re with us now, and they’re going to be with us forever,” he said.

He generally doesn’t blame the media for hyping things, saying media are reacting to concerns voiced by the public. But sometimes, he cautioned, the media see a “new risk as an enormous risk,” when it might not be.

Subscribe on YouTube
More Presentations
Help Make Good Journalists Better
Donate to the National Press Foundation to help us keep journalists informed on the issues that matter most.
DONATE ANY AMOUNT
You might also like 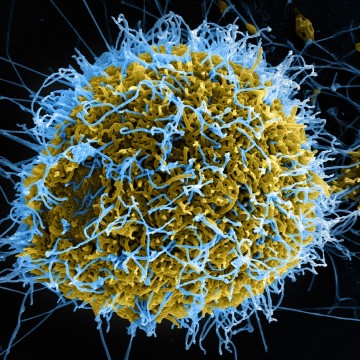 On the Front Lines of Infectious Diseases 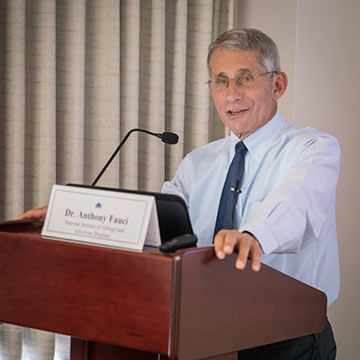