Greg Ip has made a career of explaining what for many people is almost unexplainable: the vast American – and global – economy.

The chief economics commentator for The Wall Street Journal, and before that U.S. economics editor for The Economist, Ip takes the amorphous thing known as the economy and distills it in ways that make sense for his readers. He did so in a session with Paul Miller fellows, explaining the basics of the macro economy, as well as the signs that may signal the next recession and which economic indicators carry the most weight.

“The big unexpected hanging over the world right now is the trade war,” Ip said. “Will the United States and China come to some kind of truce on tariffs? Or will it get worse from here?”

Ip (bio, Twitter, Amazon, Barnes & Noble) is also author of “The Little Book of Economics: How the Economy Works in the Real World.” He explained the drivers of the economy, from those that are fairly straightforward (interest rates) to those that are harder to pin down or anticipate – such as the “animal spirits” that reflect the emotions of human behavior, to unpredictable shocks such as the 9/11 terrorist attacks.

In late 2019, the U.S. is in the 10th year of an economic expansion that began after the 2007-2009 financial collapse and recession. “Unless they go back and decide we are in a recession, this is a record breaker,” he said. Ip explained how the National Bureau of Economic Research determines when recessions start and stop, and which indicators it examines to do so. He also talked about economic indicators – generally released on monthly or quarterly schedules – that show which way the economy is headed.

There are other signals a recession might be around the bend, such as the “inverted yield curve” that got economists all atwitter in mid-2019 (Ip explains it here).

Of all the economic indicators, Ip’s favorite is also one of the simplest: the unemployment rate. It’s “amazingly granular,” he said, with information from the Bureau of Labor Statistics that goes down to the state and county level. It’s timely, coming out just a few days after the end of each month.

“And it’s also easy to understand,” he said. “The inverted yield curve is not.” 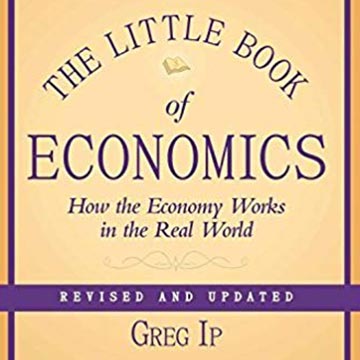