When a reporter is faced with a political poll, they need to think of it as a source – and interrogate it.

That’s the advice from two experts on political and social issue polling who led National Press Foundation Paul Miller fellows in a session on the ins and outs of polling.

Emily Swanson, polling editor for The Associated Press, and Ruth Igielnik, a senior researcher at the Pew Research Center, described the range of factors that can influence a poll’s representativeness and validity.

The key thing to remember is that no polling technique can ever reach everybody in the country. A traditional landline phone poll will miss the relatively younger population that only uses cell phones. A cellphone-only poll will miss those who don’t use them (and, yes, there are people in the U.S. who don’t). Newer web-based polls will miss the 10 percent of the U.S. population that doesn’t use the internet – older people but also very low-income people.

It’s also vital to know when the poll was in the field, since news – particularly in the wild two years since Donald Trump was elected president – moves so quickly. “It’s hard to keep up,” said Igielnik (bio, Twitter).

Reporters need to understand all these factors and be prepared to push for information about them.

“You are in a good position to ask for answers on all these things,” Swanson said. She referred fellows to the American Association for Public Opinion Research, the organization for pollsters, which has standards that push the sponsors of polls toward greater disclosure. Swanson said she’ll tell them: “Look, I’m interested, but I’m not going to cover it unless you tell me how the internet panel was constructed.”

Given that, how can you even say a candidate is “leading” in a poll?

Swanson (Twitter) described her advice to reporters writing poll stories at the AP. Among her tips:

•   If the difference between two response options is more than twice the margin of error, then the poll shows one candidate is leading.

•   If the difference is less than the margin of error, then the poll shows a race is close or about even. Swanson doesn’t use the term “statistical dead heat” – it’s inaccurate if there is any difference between the candidates. If the poll finds the candidates are tied, say they are tied. 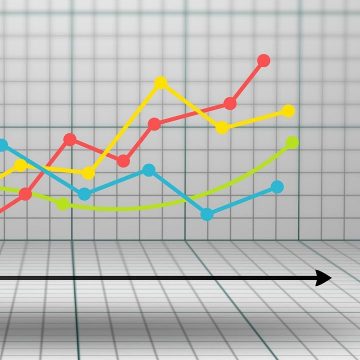