According to the 2019 State of the First Amendment survey by the Freedom Forum Institute’s First Amendment Center, 29% of Americans can’t identify a single First Amendment freedom. Not encouraging – but at least it means that 71% can name at least one. That’s actually an increase from 2018, when only 60% could.

“In a time when it feels like a lot of First Amendment freedoms are actually under threat, people are starting to think about them some more,” said Lata Nott, the center’s executive director.

Nott believes that all five aspects of the First Amendment are interconnected to form freedom of expression. In a session with National Press Foundation Paul Miller fellows, she explained basic First Amendment concepts – as well as the potential threats that reporters can face today.

“Everyone’s vaguely aware that they have First Amendment rights, but most people are not too informed about the specifics,” Nott said.

Among the threats Nott detailed: use of the Espionage Act against journalists, policies towards leakers, roadblocks to accessing government records (requested through FOIA or state open meetings/records) and difficulties with ensuring the confidentiality of sources.

Nott said journalists should keep an eye on agency rulemaking, such as guidance on government employee speech, and state laws, including bills that can have a chilling effect on protest.

Journalists should also think about internet policy, because as private social media companies like Twitter and Facebook start fulfilling more public functions, there may come a point where they are considered a public utility that has to comply with government laws. 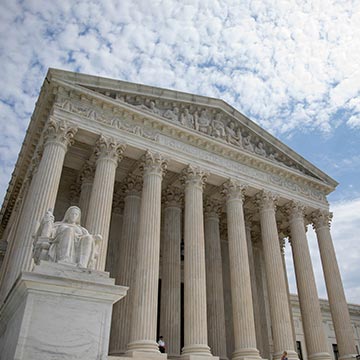