Is money a corrosive force in politics? Should the limits on campaign contributions be eased – or erased altogether?

In a session with Paul Miller fellows, two experts on the nation’s complex campaign finance laws differed on the effectiveness of those laws – and whether they should even exist.

Larry Noble, senior director and general counsel of the Campaign Legal Center, detailed the ways in which recent decisions by the U.S. Supreme Court have made it easier for wealthy donors to funnel money to support the candidates and campaigns they favor.

The best known of those cases is Citizens United v. Federal Election Commission, a 2010 decision that said the government can’t prohibit corporations or unions from making independent expenditures for or against individual political candidates. Other pivotal cases were SpeechNow.org v. FEC, a lower court case that paved the way for super PACs, and McCutcheon v. FEC, which eliminated aggregate limits on contributions by one donor to multiple candidates.

Because certain kinds of contributions don’t have to be reported to the FEC, Noble pointed out that “money is used to influence elections and the true source is not being disclosed.”

“The game that’s being played right now is hide the donor,” he said.

David Keating, president of the Institute for Free Speech, questioned the need for limits or for disclosure rules.

“So-called ‘dark money’ is a very small percentage of the total,” he said, adding that it amounted to less than 4 percent of the total in the 2016 election cycle. “I think it’s very unlikely to increase in the future. When you look at it from a donor’s view, if you want to influence an election, it’s a very wasteful way to go about it.”

He also said that the concern over big money in elections is overblown – and that people often forget the underlying issue that limits represent.

“What we’re talking about here is the First Amendment right to speak out about our government,” he said. 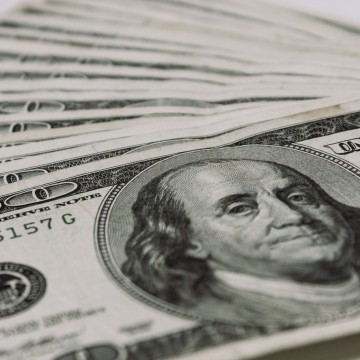