Can the current U.S. military deal with everything from North Korean threats to continuing operations in Afghanistan?

Against a backdrop of concerns about the state of U.S. military readiness, Brookings Institution scholar Michael O’Hanlon said there are problems but not a crisis.

O’Hanlon, who specializes in U.S. defense strategy, the use of military force and American national security policy, laid out the current state of military readiness in a session with Paul Miller fellows. He started with a definition for readiness: Does the military have the people, equipment, training and the material to deploy on short notice.

For the most part, he said, the state of U.S. military readiness is high – and assertions to the contrary can be counterproductive.

For starters, he said, such complaints divert attention from efforts to invest in new technology and to study new potential threats. In addition, U.S. adversaries “might actually listen to us and believe us.”

“Do you really want Kim Jong Un to think we have a hollow force?” he asked.

Finally, it might send a confusing message to American taxpayers, who have been supporting the defense establishment to a tune of $600 billion a year. “And with all that, we can’t build a ready force?” he asked.

O’Hanlon talked about how reporters can interpret readiness statistics that are often tossed around by military leaders or on Capitol Hill. And he laid out strategies that could help reduce costs while not harming readiness. Among them: change deployment strategies for Navy vessels, dropping the requirement that a single crew remain with a specific ship. 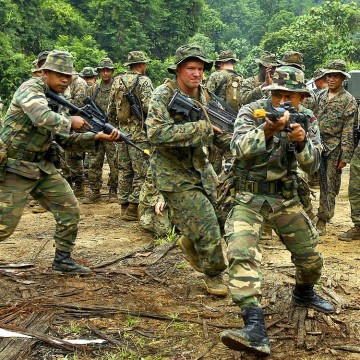