Brad Heath, an investigative reporter and editor at USA Today, knows there are some Freedom of Information Act requests that he really cares about – and others not so much.

“Sometimes a FOIA is shooting a cannon down a dark hallway to see if it hits something,” he said.

Heath (bio, Twitter) has made a career out of using FOIA to mine records for stories both big and small. In a session with Paul Miller fellows, Heath described how FOIA works, as well as how he works FOIA.

It’s routine for Heath to file a FOIA a day. It’s not unusual for him to file two.

And these aren’t generally massive requests for piles of internal documents, years’ worth of emails, or major databases. Sometimes these are targeted shots related to something in the news that day – a quick request for a record or two that could help flesh out a story.

Heath also discussed the appeals process, and gave tips on how to properly craft the letter if your request has been improperly denied. 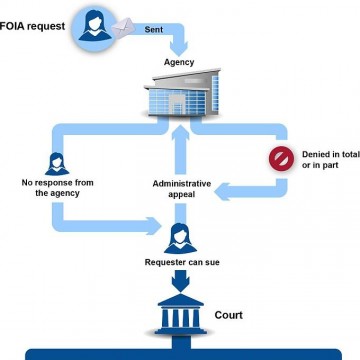