The presidential election of 2016 is shaping up to be one of the most unusual ever for voters – and one of the richest for a growing army of fact-checkers who track down what candidates and their surrogates say.

In a session for NPF Paul Miller Fellows, two of the country’s foremost fact-checkers detailed how they do their jobs. At The Washington Post, Glenn Kessler began “The Fact Checker” column after the 2008 election, when editors noticed that fact-checks from that year had sustained traffic long after votes were counted. People interested in the issues addressed by those fact-checks kept coming back to review them.

At PolitiFact, Angie Drobnic Holan was on staff at the founding of the site, which emerged from the St. Petersburg Times (now called the Tampa Bay Times) as a way to provide a special focus on the facts that politicians repeat day after day – whatever the truth might be.

Another prominent fact-checking site is FactCheck.org, housed at the Annenberg Public Policy Center at the University of Pennsylvania. And the very notion of using journalistic resources to dig into specific facts – rather than portray information in standard story format – is now firmly embedded in American journalism.

Kessler and Holan described their approaches for selecting facts, researching them and deciding on the ratings they award – Pinocchios at the Post, the Truth-O-Meter at PolitiFact.

PolitiFact’s detailed process for arriving at its conclusions is explained here. And a set of tips by Holan for better fact-checking is here.

Kessler said that while the sites use different methods they generally come to the same conclusions – a point underscored in an academic study that found wide agreement among the sites. And the fact-checkers describe themselves as competitors – but friendly ones. “We’re less competitors than part of a new vanguard of journalism,” Kessler said. 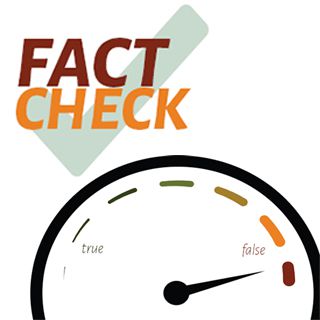