Jordan Rau, a senior correspondent for Kaiser passed along several specific web sites and practical tips for information on doctors and insurance, as well as on state and federal data sources: There is so much new health data coming out that it’s hard to keep tabs on it all. Here are some of my favorite datasets. FEDERAL DATA. Some of the most detailed information is on data.Medicare.gov.  In the Hospital Compare dataset, you can find hospital mortality and readmission rates, patient reviews, per patient spending, infection rates and the other data sets that power the Hospital Compare consumer portal, which is still the easiest place to look up an individual facility. There are also files aggregated to the state and national rates. The archived sets are useful for looking at trends over time. The Hospital Compare dataset also includes details about Medicare’s pay for performance programs, including its readmissions penalties and hospital-acquired conditions penalties. The Nursing Home Compare datasets include ownership (including directors and minority stock owners) fines and inspection deficiencies. For facilities, the unique identifier CMS Certification Number (CCN) is the most important piece of information. The same facility can be listed under different names in different databases, and you never want to mix up one of the many St. Joseph’s Hospitals. DOCTORS. The Physician Compare dataset is still in its infancy, but you can find where doctors went to medical school, their National Provider Identifier (NPI), their specialties and which hospitals they practice at. Medicare is starting to put up rudimentary quality measures. Two big doctor datasets show what procedures physicians are billing for and what drugs physicians are prescribing in the Medicare program. You can look by procedure or drug, or by individual doctor. Pro Publica has made the data a lot easier to use with their Treatment Tracker and Prescriber Checkup tools. INSURANCE. Healthcare.gov is the much lampooned web site for the individual marketplace insurance plans set up by the Affordable Care Act. You can generally bypass the For the Media section with its stock photos and b-roll footage, and go to the For Researchers section. That’s where HHS keeps all the data for individual plans, including plan premiums by age, deductibles, cost-sharing information and links to provider directories. Medicare also has quality information on its drug and private Medicare Advantage insurance plans, which you get by downloading an entire database. The government has created a centralized hub, HealthData.gov, which has many but not all publically available data sets. It can be a bit unwieldy and a lot of datasets are limited to one state or city—Chicago food inspections and Washington State school immunization data were the first two I came across. But is fun to troll and you can search for data sets by agency. The CDC has a better organized data page, broken down by topics like asthma, deaths, STDs and other cheery topics. GEOGRAPHIC COMPARISONS. Medicare has a detailed, and rarely used, Geographic Variation dataset that shows – by hospital market, state and county —  Medicare per patient and per capita spending and utilization by type of facility. It also shows how many Medicare patients have common chronic illnesses, such as diabetes and depression. A great non-government dataset that combines public sources of geographic health is County Health Rankings put together by the University of Wisconsin Public Health Institute. You can look at length of life; percent of people in poor health; teen birth rates; adult obesity; mammography screening; education levels; how many people have long commutes. STATE DATA. Even if you are working on a national story, don’t forget that some states provide more extensive information. California’s health department’s data unit, OSHPD, has detailed  quality, financial and utilization data on a facility and county level (e.g. expenses and revenues per patient day for long term care/rehabilitation hospitals) and interactive maps. (e.g. state regions designated as registered nursing shortage areas.) Florida posts legal orders (such as emergency orders state settlements of fines) and inspection reports (statements of deficiencies) for 33 types of facilities, including birth centers, laboratories, home health agencies and abortion clinics. Many states require you file public information requests. Some can be incredibly responsive, providing documents within a day or two, while others make the federal FOIA process appear speedy in comparison. 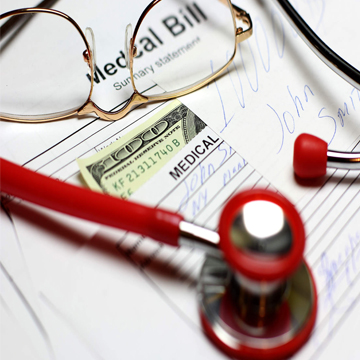 By Chris Adams Paying for health care is one of the most important things the federal government in Washington does: One in four federal dollars flows through the Department of Health and Human Services, which also gives out scientific and medical grants to researchers throughout the country. How do you get a handle on such a massive beat? And how do you get the data and detail that can move a story from the realm of talking heads and anecdotes to something that is authoritative? Two journalists from Kaiser Health News – a Washington-based outlet that produces original content on health care policy and serves as an aggregator of health care stories from across the country – offered practical and detailed presentation to journalists. Figuring how money flows out of Washington has been something Mary Agnes Carey had done during a long career, most recently as an editor and correspondent at Kaiser. Among Carey’s sources: --The Health and Human Services inspector general, which recently put out its work plan for 2016, details a range of waste, fraud and other topics it intends to investigate. --Health Affairs, a journal that Carey said is surprisingly accessible and offers astute and understandable takes on the Affordable Care Act and other policies. --The Medicare Payment Advisory Commission, which makes recommendations on spending proposals – and therefore where to possibly find fat in health spending. --The Bipartisan Policy Center, where former members of Congress and others analyze health policies and legislation. --Former Health and Human Services secretaries or former Centers for Medicare and Medicaid Services administrators, who will get on the phone and talk with reporters in a way they were hesitant to – or simply didn’t have the time for – while in office. Jordan Rau, a senior correspondent for Kaiser, regularly incorporates major databases into his work. And whenever he gets hold of a new set of data, he treats it as he would any source and ticks off five questions to “ask” of it.