A budget story without numbers.

A constitutional process that never works as envisioned.

Reporters who cover the federal budget process should keep both of those things in mind. In a session at the National Press Foundation, two reporters who are expert on the process told Paul Miller fellows how to do so.

As for the budget itself, Krawzak gave a detailed explanation of how the budget process is supposed to work – and then how it actually does. He gave fellows the nuts-and-bolts explanation of key terms – from fiscal year vs. calendar year, to budget authority vs. outlays, to discretionary spending vs. mandatory spending, and several others. (For two lists of terms, click here and here; for a fact sheet on the budget process, click here.)

The reality, Krawzak said, is that the budget process almost never works as it is supposed to. He led fellows through a description of what happens when it doesn‘t, and what it means when the government veers toward a budget-imposed shutdown.

“The whole process tends to be late, and bills tends to get smashed together,” said Krawzak, a Paul Miller alum.

But the budget is more than numbers – it also is a document that signals White House and congressional priorities.

Scholtes led fellows through stories she has done that emerged from coverage of the budget process but that were about policies – not dollar figures. One, for example, was about an amendment vote in the House Appropriations Committee that signaled Congress was tiring of the wars in Iraq and Afghanistan; the amendment required Congress to debate and approve such action, thus possibly updating the authorization of military force that lawmakers adopted after Sept. 11, 2001, she wrote.

“Everyone in this town wants to know what’s going on with the money,” Scholtes said. “No matter what you are covering, there’s a budget angle to it.” 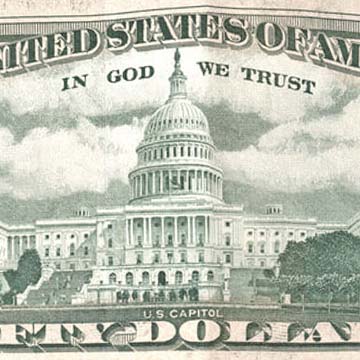