Before: Journalists should request day passes, sometimes a few weeks in advance. Howe also explained the different types of briefs filed in advance of arguments, as well as other ways to understand a complicated case in advance of what can be a rapid-fire argument.

During: The day of an argument or expected decision, reporters should get to court very early and be prepared to watch from a seat with a view partially blocked by a pillar. It helps to listen to audio recordings of other arguments so you can recognize the justices’ voices. And be prepared for old-fashioned note-taking: No recording devices, phones or laptops are allowed in the court.

After: Reporters should sign up for the email list to get transcripts of arguments (they are typically released on Friday of a court week), and then prepare to wait for the decision. The day of a decision, speed is the mandate – both how quickly a reporter can read and understand a decision and how quickly they can file a story.

2.) As a reporter with regional responsibilities, Michael Doyle uses Washington-based courts to find stories that will appeal to readers in local newspaper markets, and he described his daily and weekly routines to check various courts, including: 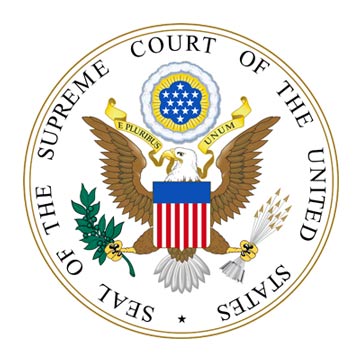