Congressional and federal officials working to revamp the nation’s air traffic control system should consider moving it from direct government control into a private, non-profit corporation with government oversight, one aviation expert says.

Robert Poole, director of transportation policy at the Reason Foundation, detailed the pros and cons of such a plan in a NPF session. Such a plan – which he and Reason support – would make the U.S. air traffic control system more like those of other countries. Poole said it would also give the air traffic control system greater flexibility in budgeting and a better chance to modernize its operations.

He pointed reporters to several studies conducted after other countries have moved to such a model, including a 2014 report conducted for the Federal Aviation Administration.

He also detailed the history of air traffic control restructuring proposals, and laid out who supports and opposes a proposal being considered in Congress in 2016.

Other voices and reporting tips on FAA reauthorization legislation can be found here. 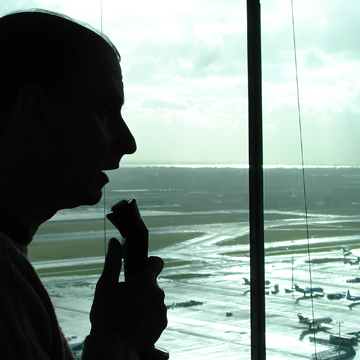