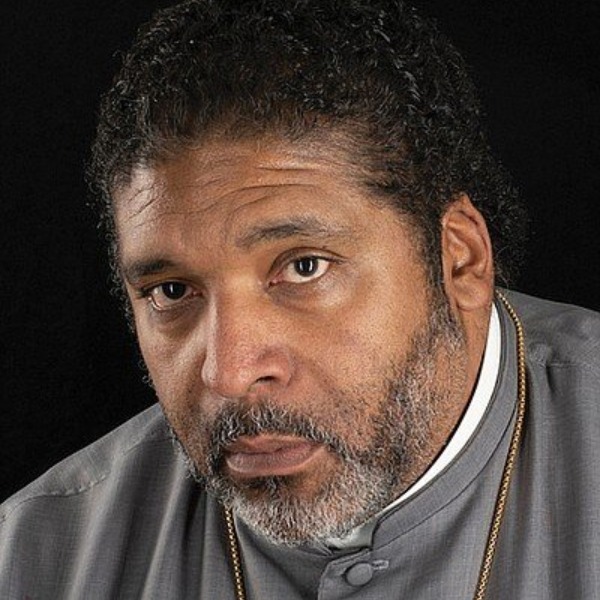 The Rev. Dr. William J. Barber II is the President & Senior Lecturer of Repairers of the Breach, Co-Chair of the Poor People’s Campaign: A National Call For Moral Revival; Bishop with The Fellowship of Affirming Ministries; Visiting Professor at Union Theological Seminary; Pastor of Greenleaf Christian Church, Disciples of Christ in Goldsboro, North Carolina, and the author of four books: We Are Called to Be a Movement; Revive Us Again: Vision and Action in Moral Organizing; The Third Reconstruction: How a Moral Movement Is Overcoming the Politics of Division and Fear; and Forward Together: A Moral Message for the Nation.

Rev. Dr. Barber is also the architect of the Forward Together Moral Movement that gained national acclaim with its Moral Monday protests at the North Carolina General Assembly in 2013. These weekly actions drew tens of thousands of North Carolinians and other moral witnesses to the state legislature. More than 1,200 peaceful protesters were arrested, handcuffed and jailed. On September 12, 2016 Rev. Dr. Barber led a “Moral Day of Action,” the largest coordinated action on state capitals in U.S. history, calling for state governments to embrace a moral public policy agenda. On February 11, 2017, he led the largest moral march in North Carolina state history, with over 80,000 people calling on North Carolina’s elected officials to embrace a moral public policy agenda.

Rev. Dr. Barber served as president of the North Carolina NAACP, the largest state conference in the South, from 2006 – 2017 and currently sits on the National NAACP Board of Directors. A former Mel King Fellow at MIT, he is currently Visiting Professor of Public Theology and Activism at Union Theological Seminary and is a Senior Fellow at Auburn Seminary. Rev. Dr. Barber is regularly featured in media outlets such as MSNBC, CNN, New York Times, Washington Post, and The Nation Magazine, among others. He is the 2015 recipient of the Puffin Award and the Franklin D. Roosevelt Four Freedoms Award, a 2018 MacArthur Foundation genius award recipient, and he is one of the 2019 recipients of the North Carolina Award, the state’s highest civilian honor.