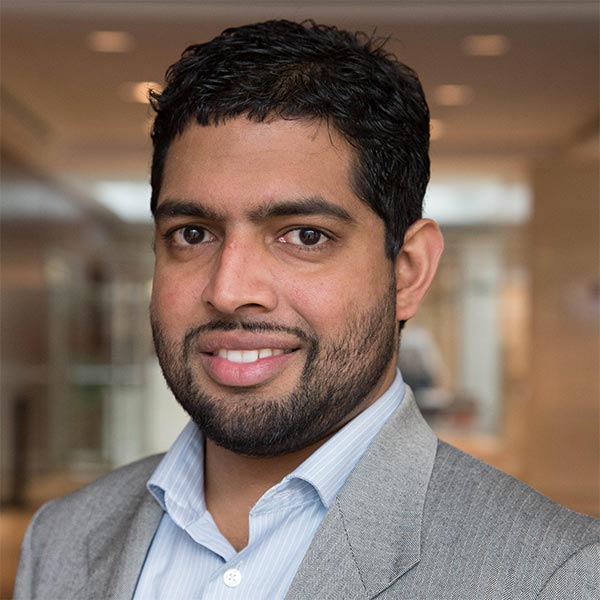 Indivar Dutta-Gupta is Co-Executive Director of the Georgetown Center on Poverty & Inequality (GCPI), where he leads work to develop and advance policy recommendations that alleviate poverty and inequality, advance racial and gender equity, and expand economic inclusion for all people in the United States.

Indivar (Indi) serves as a board member for two nonpartisan groups, Indivisible Civics and the National Academy of Social Insurance, on the Aspen Institute’s Benefits 21 Leadership Advisory Group, and Liberation in a Generation’s Advisory Group. Previously, he was a member of the Ministerial Advisory Committee on Poverty Reduction (Canada), the Research Task Force for the Gates Foundation’s Post-Secondary Value Commission, and the Poverty, Employment, and Economic Self-Sufficiency Network (United States). Prior to joining GCPI, Indi led strategic initiatives for major philanthropies, children’s groups, and workers’ organizations as Project Director at Freedman Consulting, LLC. Before that role, he was Senior Policy Advisor at the Center on Budget and Policy Priorities, focusing on budget and tax policies and cross-cutting low-income issues.

Earlier in his career, Indi served as Ways and Means Committee Professional Staff in the U.S. House of Representatives for the Subcommittee on Income Security and Family Support. Indi was a Bill Emerson National Hunger Fellow and then a Consultant to the Poverty Task Force at the Center for American Progress and a Food Stamp Outreach Specialist at DC Hunger Solutions. Indivar received his BA with honors from the University of Chicago in Law, Letters, and Society and in Political Science and is a Harry S. Truman Scholar (2004).