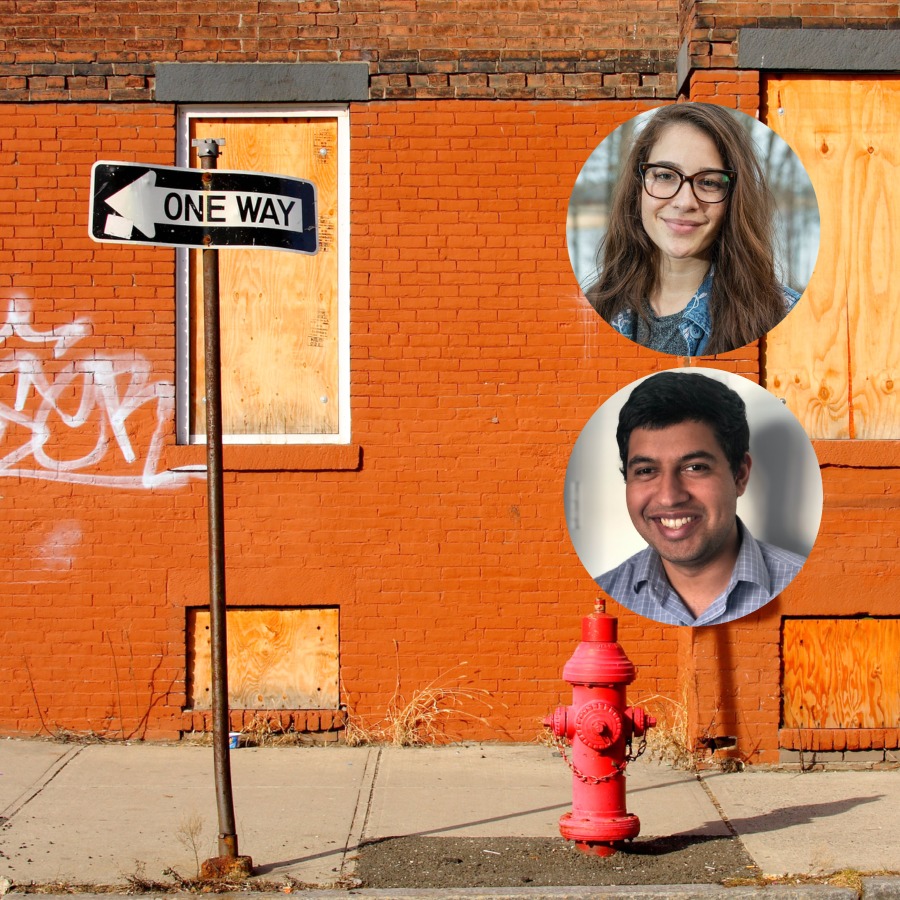 Idrees Kahloon of The Economist and Anna Wolfe of Mississippi Today are the first winners of the National Press Foundation’s 2020 Poverty and Inequality Awards.

Wolfe’s winning story and photo essay, “Are the kids alright?” captured the unprecedented challenges of COVID 19 for the schoolchildren of Jackson, Mississippi. Wolfe chronicled how the system and its children have adapted with grace and spirit.

Kahloon, who works in the Washington bureau of The Economist magazine, won for “Measuring Poverty: And the poor get poorer.” His piece wove together a panoply of data to show how the $1,200 federal stimulus checks made a dent in American poverty at the beginning of the pandemic – but how such aid soon ran out.

“The Economist captured the significant implications of not having the right measures to diagnose the scale of the poverty problem, while Mississippi Today vividly evoked the classrooms and spaces where low-income children are struggling to get by and stay sane in this year of turmoil,” said judge Sewell Chan, editorial page editor of the Los Angeles Times.

The awards honor the best reporting on children in poverty in the United States for the month of September. Each carries a $4,000 prize. The deadline for the next round of prizes is Dec. 31. Details can be found here.

The three judges for the awards are Jesse J. Holland, a distinguished Washington, D.C., journalist, journalism professor and author of the 2017 novel “Black Panther: Who Is The Black Panther?”; R.L. Nave, a former editor of Mississippi Today and now director of Reckon at Alabama Media Group; and Chan, the son of immigrants from China and Hong Kong who grew up in Flushing, N.Y., and worked at The New York Times for 14 years before moving to the Los Angeles Times.

Mississippi Today, a non-profit media company, won in the “small” category for newsrooms of 50 and fewer employees.

“As a native Mississippian, my heart broke as I was reading Anna Wolfe’s beautiful and descriptive story of children struggling with the COVID-19 pandemic in Jackson, Mississippi,” said Holland. “You know you’re reading good work when it inspires you to pick up the telephone and call to see what you can do to help. That’s what great journalism inspires readers to do.”

Nave wrote: “‘Are the kids alright?’ could have easily been doomscrolling fodder, but instead chooses to paint a portrait of a challenged community pulling together to wrap its arms around its children so that kids – in spite of everything they and their families are up against – still have space to just be kids.”

The Economist won the award in the “large newsroom” category with the story by Kahloon, a former college math major who used numbers to paint a picture of a pandemic rescue program that provided all-too-transient relief.

“The story reveals two irrefutable truths we should heed: That government intervention does work when it comes to alleviating the conditions and, two, that inaction by the U.S. federal government has exacerbated those conditions,” Nave said.

The poverty and inequality awards are offered in conjunction with trainings for journalists.  Both the awards and the trainings are funded by the David and Lucile Packard Foundation, W.K. Kellogg Foundation and Heising-Simons Foundation; NPF is solely responsible for the content.

The National Press Foundation is an independent nonprofit run by and for journalists. Its mission is to educate journalists about today’s critical issues so they can better educate citizens.