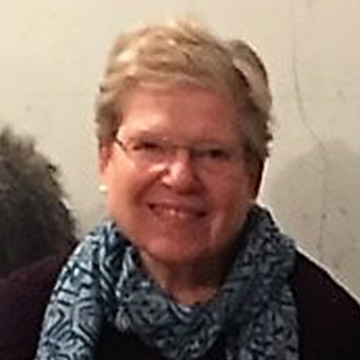 Kathy Gest, a public affairs consultant, was most recently the director of public affairs at the National Democratic Institute (NDI). Gest joined NDI in 2007 after a 30-year career in Washington, D.C., as a journalist, Capitol Hill staff member and public affairs consultant. When at Powell Tate | Weber Shandwick, Gest co-chaired the international practice, advising foreign governments, embassies, organizations and corporations seeking to achieve public policy goals in the U.S. and abroad. She has represented the European Union, the embassies of Cyprus, Germanyand Morocco, and clients in Gabon, Malaysia, Mexico,Russia, Saudi Arabia, Taiwan and Tunisia.

She spent 10 years as the press secretary to U.S. Senator William Cohen of Maine, serving as his chief spokesperson and communications strategist. She also was a journalist for 16 years, most recently at Congressional Quarterly, where she held numerous reporting and editing posts, including managing editor.

Ms. Gest is a longtime volunteer with NDI and other organizations working to strengthen democracy. She was a member of NDI election observer delegations in Albania,Azerbaijan, Georgia, Ukraine and West Bank/Gaza, and she has taken part in overseas training missions working with spokespeople, parliamentarians, journalists and political operatives from Croatia, Hungary, Iraq, Macedonia,Romania, Saudi Arabia, Ukraine and Zimbabwe.

She is a graduate of Northwestern University and the Graduate School of Journalism at Columbia University.