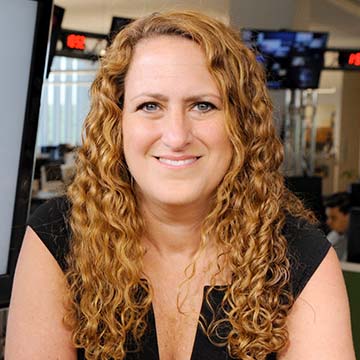 Donna Leinwand Leger is the president and founder of DC Media Strategies LLC and a senior advisor to Stanton Communications.

Before becoming an editor, she worked as a reporter covering breaking news, national and international crime, terrorism and disasters. Her reporting assignments have taken her to Europe in the path of the 9/11 terrorists, Jerusalem in the wake of suicide bombings, Iraq to cover the war, Indonesia and Thailand after the tsunami, and Haiti after the massive earthquake that struck Port-au-Prince. She has covered more than 20 hurricanes. Leinwand Leger is a past president of the National Press Club and has previously served as chairman of the Board of Governors. She is vice chair of the National Press Foundation and a proud graduate of its Paul Miller Fellowship. She also serves on the Board of Advisers for the University of North Carolina at Chapel Hill School of Media and Journalism.  She has completed Journalist Law School at Loyola University Los Angeles, the Senior Journalist Seminar at the East West Center at the University of Hawaii and the Casey Fellowship at University of Maryland. She is a graduate of the University of North Carolina at Chapel Hill.