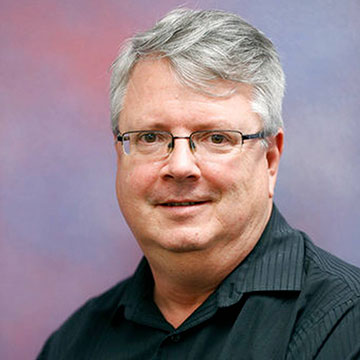 Robert Moore was editor of the El Paso Times and vice president of news for the Texas-New Mexico Newspaper Partnership from October 2011 to October 2017. The paper is owned by MediaNews and Gannett.

Moore previously served as executive editor of the Fort Collins Coloradoan from 2005-2011, and in various editing roles at the El Paso Times from 1986-2005. His first daily newspaper job was at the Colorado Springs Sun from 1983-86.

Upon returning to El Paso in 2011, Moore focused Times’ reporting efforts on a variety of public corruption issues, including allegations that the El Paso Independent School District was cheating on federal accountability measures. The Texas Education Agency had twice cleared the district of the allegations, but Moore assigned reporter Zahira Torres to look more deeply into the issue. Throughout 2012 and 2013, Torres and other reporters used open records laws and other investigative techniques to document a cheating scheme that kept Mexican immigrants and other students out of the testing pool to artificially raise scores. Some students were forced out of school. The Times also uncovered systemic failures that caused the Texas Education Agency to miss the cheating. As the Times reporters documented the scandal, Moore wrote a series of editorials that became a roadmap for reform. One superintendent went to prison, and two others were forced from their jobs. Multiple administrators resigned. The state removed the El Paso school board, saying the board had lost public trust.

Moore received the 2013 Burl Osborne Award for Editorial Leadership from the American Society of News Editors and was named Opinion Journalist of the Year by the Association of Opinion Journalists. He and Torres also received Texas’ most prestigious honor for advocacy of open government, the James Madison Award from the Freedom of Information Foundation of Texas.

Moore attended the University of Southern Colorado (now Colorado State University-Pueblo) and graduated from the University of Texas at El Paso with a B.A. in political science. He serves on the boards of the Texas Associated Press Managing Editors, among others. He is a past president of the Colorado Press Association and Texas Associated Press Managing Editors. He is married to Kate Gannon, a journalism instructor and digital media consultant.